Image 1 of 20
Back to Inventory

Ask About This Vehicle

ASK ABOUT THIS VEHICLE FORM!

Enter your vehicle's mpg rating and the current gas price and calculate your monthly and annual cost based on how much you drive.

The 2014 Honda Accord earns top honors in the midsize sedan class with its mix of excellent packaging, superb fuel economy and rewarding performance.

vehicle overview
After last year's complete redesign, which resulted in a slimmer, more fuel-efficient Honda Accord with a higher-end cabin ambience, you'd think the car line that sells about 1,000 units a day would stand pat. But there was still something missing from the lineup: a hybrid Accord. So the 2014 Honda Accord family grows even stronger with the addition of not one but two hybrids. One is of the plug-in variety (covered in a separate review) while the other is a standard hybrid, which will earn a 47 mpg combined EPA rating when it debuts later in the 2014 model year.

Accords have always been well-rounded vehicles, a trait that, along with their strong reputation for trouble-free ownership, has contributed greatly to this Honda's massive popularity. The latest Honda Accord continues that tradition. Even the volume-selling models with a four-cylinder engine and automatic transmission (technically, a continuously variable transmission, or CVT) provide a virtually unbeatable combination of performance and fuel efficiency. For proof, look at its swift 7.8-second 0-60-mph time along with an EPA combined fuel economy estimate of 30 mpg. Those would be impressive stats for a compact car, let alone a roomy, comfortable midsize sedan.

Comfort and value play into the Accord success story, too. Honda's midsize car has a roomy cabin with comfortable seating (its backseat is particularly impressive) and a quiet ride. And even the base LX trim level comes standard with plenty of features, including dual-zone automatic climate control, iPod/USB integration and a rearview camera -- amenities that are often optional even on pricier cars.

With its strong performance, outstanding fuel economy, precise handling, accommodating cabin and good overall reputation, the 2014 Honda Accord is one of our top picks in the hugely competitive midsize sedan segment. Yet, it's not the only excellent choice. The 2014 Nissan Altima is another of our favorites in this class, and it offers sportier handling, even better mileage from its base four-cylinder engine and impressively rich interior furnishings. Other good picks include the Mazda 6, which is by far the most athletic car in the family sedan class, along with the 2014 Toyota Camry and 2014 Volkswagen Passat, which match the Honda's interior space but give you a softer ride. There's also the value-packed Kia Optima and stylish Ford Fusion. (Meanwhile, the Accord coupe has the midsize coupe segment all to itself, as its only real rival, Nissan's Altima coupe, is discontinued for 2014.) Narrowing down your choices in this strong group won't be easy, but if you want a midsize sedan that does nearly everything right, the Honda Accord should be on your list.

Opting for the Sport trim brings a bit more horsepower, 18-inch wheels, a rear spoiler, an eight-way power driver seat (with power lumbar) and a leather-wrapped steering wheel with shift paddles for the CVT. The Accord EX also builds off the LX, but here you get 17-inch wheels, heated mirrors, a sunroof, keyless ignition/entry, the power driver seat, the leather-wrapped steering wheel, Honda's LaneWatch blind-spot display and a six-speaker sound system.

The EX V6 feature content is similar to that of the four-cylinder EX models. The V6-exclusive Touring sedan tops the range, combining LED headlights and adaptive cruise control with the equipment from the EX-L with Navi.

For the coupe version of the 2014 Honda Accord, the base LX-S trim is similar to the LX sedan but comes with 17-inch wheels instead of 16s, while its audio system has six speakers instead of four. The coupe's EX trims are also comparable in terms of equipment, though the V6-powered EX-L has 18-inch wheels.

2014 Highlights
For 2014, the Honda Accord sees the addition of a pair of hybrids -- standard and plug-in -- to the family, while the LX trim level gets new fabric upholstery.
Performance & mpg
All 2014 Accords are front-wheel drive and most are fitted with the 2.4-liter inline four-cylinder engine, whether sedan or coupe. This engine is rated 185 horsepower and 181 pound-feet of torque. The Sport trim level's less restrictive dual exhaust boosts output to 189 hp and 182 lb-ft of torque.

The Accord's available 3.5-liter V6 is rated 278 hp and 252 lb-ft of torque. Backed by a conventional six-speed automatic, the V6's fuel economy numbers are still quite impressive at 26 mpg combined (21 mpg city/34 mpg highway). On the coupe, the V6 is also available with a six-speed manual transmission, which drops fuel economy ratings to 22 mpg combined (18 mpg city/28 mpg highway).

Even with the base four-cylinder engine and CVT -- the most popular powertrain choice for Honda Accord buyers – performance is relatively strong. In testing, a four-cylinder Accord EX sedan with the CVT sprinted from zero to 60 mph in 7.8 seconds, a very good time for the class. The V6 is also quick: An EX-L V6 sedan we tested accelerated to 60 mph in just 6.1 seconds.

Safety
Every 2014 Honda Accord comes with antilock disc brakes, stability and traction control, active front head restraints, front seat side airbags and side curtain airbags. A rearview camera is also standard across the board. Blind-spot monitoring, lane-departure and forward-collision warning systems are available via upper trim levels.

Notable is the LaneWatch blind-spot system (EX trim and above), which instantly switches the 8-inch screen's display to a low and wide view of the passenger side of the car when the right turn signal is engaged. A camera in the right-side mirror provides the confidence-inspiring view, and acclimating to catching the view in the center-dash display is quick and natural.

In testing, Accord sedans with both the four-cylinder and V6 engine braked from 60 mph to a standstill in 128 feet, a slightly longer-than-average distance for a midsize sedan.

In government crash testing, the Accord sedan received five out of five stars for overall protection, with four stars for total frontal impact safety and five stars for side-impact safety. The coupe earned five stars across the board. The Insurance Institute for Highway Safety gave both body styles the best possible rating of "Good" in its moderate-overlap frontal-offset, side-impact and roof strength tests. In the Institute's new "small-overlap" frontal-offset test, the sedan received a "Good" rating, while the coupe got a second-best "Acceptable." This is particularly noteworthy, as many vehicles in this class have scored poorly in this relatively new test.

Driving
Most Honda Accord buyers end up choosing the four-cylinder engine, and they won't be disappointed, as it revs willingly and delivers its power in a smooth and satisfying manner. Although CVTs don't have the best reputation for refinement, Honda's unit is the best of the breed, as it responds quickly for swift passing maneuvers and then lets the engine rpm drop back smoothly when the need for quick acceleration has passed. Of course, if you simply don't like CVTs, you could always get the V6 engine, which comes with a conventional six-speed automatic. Equipped with the V6, the Accord is downright quick.

The 2014 Honda Accord also manages to strike a near-perfect balance between a supple ride and engaging handling. Although the Accord has never been a truly sporty car, this latest version feels particularly well-balanced around turns. The Accord's electric-assist power steering might feel pretty light the first time you turn the wheel, but it is precise and has a crisp response that adds to the driving enjoyment. One potential downside is that the Accord's ride quality is on the firmer side. If you're accustomed to a softer ride, a Camry or Passat might suit you better in this regard.

Interior
With a few exceptions, the materials in the 2014 Honda Accord have a high-quality look and feel. The overall cockpit design is elegant, and the cabin's tight construction gives the impression of an entry-level luxury car, rather than a workaday family car. The dash design embraces the spirit of legibility with an effective three-tier layout. At the top is the crisp-looking 8-inch display that offers varying levels of information and, depending on the trim level, audio and navigation interfaces. Meanwhile, the main instrument displays provide enough information without being cluttered and overwhelming.

Both front and rear occupants will find plenty of legroom and shoulder room -- the sedan's backseat is arguably best in class with its combination of space and comfort. Road and tire noise -- which in previous generations of the Accord could be rather annoying -- are noticeably reduced now thanks in part to two active noise-cancellation systems. We're also fond of the clear outward visibility afforded by the Accord's design, which provides a fairly low beltline, relatively slim roof pillars and a generous amount of glass, all traits that are increasingly rare in modern automobiles. As a downside, though, we've found the Accord's front seats less comfortable on long drives than others in this segment.

At 15.8 cubic feet, the Accord sedan's trunk is about average, whereas the coupe's, at 13.4 cubic feet, is generous for a midsize coupe. Though it lacks a split feature, the one-piece rear seatback does fold down to increase the cargo capacity. 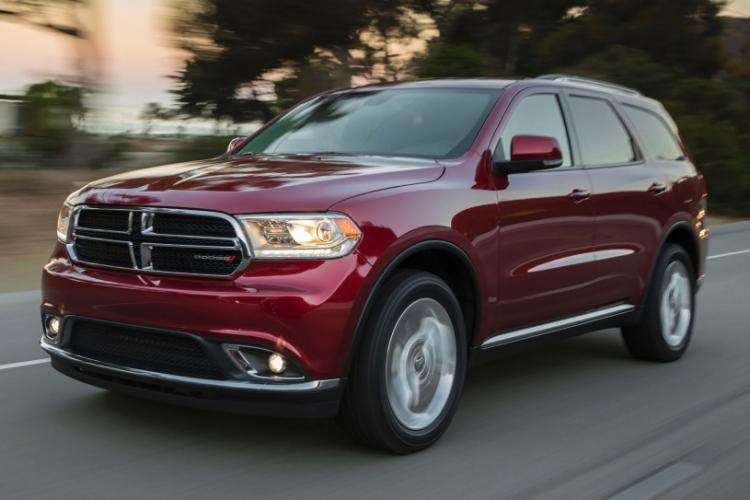 *VirtualDEALER is part of a subscription continuation plan and requires setup and activation fees.

autoSTRADA Demo has been visited 135,937 times.